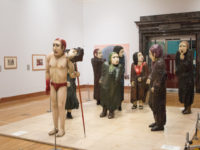 Make sure to visit the new exhibition at BMAG – ‘Thoughts on Portraiture’ – which is on until 18 November 2019. The exhibition enables visitors to explore how artists have used a wide range of styles and imagery, including unusual animal and mythological references, to interpret complex human emotion and experiences through highlights from Birmingham’s modern art collection.

The display explores these themes and what they mean to us today, including pieces by Pablo Picasso, Frank Auerbach and Francis Newton Souza. A large number of the works on display were purchased by or with the assistance of the Friends, including the star piece ‘One Man and his Sheep’ by Ana Maria Pacheco, which was purchased to celebrate the Friends 75th anniversary. Click here for more information. 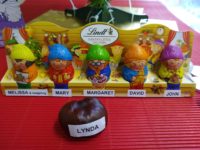 Lynda’s annual festive line up – but as Santa didn’t have enough little helpers, she’s a conker!

We would like to wish you all a very Merry Christmas!

Birmingham City Council are proposing to reschedule their modernisation works on the Council House complex until after the Commonwealth Games in 2022. This will mean that Birmingham Museum and Art Gallery will no longer be closing in late 2019.

This does not change Birmingham Museums Trust’s ambitions to redevelop the museum. The team will continue to plan the new displays and public facilities so that work can begin onsite sometime after 2022.

The Vittoria Gallery have invited members of the Friends to join their Closing Celebration with Artist Talk for Enamel | Substrate, a solo exhibition by John Grayson, crafts maker, academic and researcher.

Enamel | Substrate is the culmination of John’s practice-based PhD investigating the [lost] craftsmanship employed in the 18th South Staffordshire enamel trade. The trade made objects for the person and the home such animal-shaped snuff boxes, Rococo and Neo-Classical styled candlesticks and Medieval armour shaped mustard pots, from paper thin copper foil coated with enamel. John’s past craft practice identified a knowledge gap in the literature with regard to the manufacture of the fundamentally important copper substructure of these objects.

The exhibition encapsulates the research method, the journey of enquiry and its findings. It presents:

The exhibition will be of interest to historians, museum and heritage professionals, and contemporary crafts makers alike.

Click here to book a ticket for the artist’s talk from 6pm until 6.30pm, and then the Private View and celebration in the Vittoria Street Gallery between 6.30-8pm.

Enamel | Substrate has been co-curated with Ruthin Craft Gallery and Wolverhampton Art Gallery. The research has only been possible through access to the museum enamel collections of Wolverhampton Arts and Culture; The Victoria and Albert Museum, London; the Museum of London; The Harris Museum, Art Gallery & Library, Preston; and Birmingham Museums Trust: and the generous support of Birmingham City University through a STEAM Doctoral Training Grant.

Ancient Civilisations Week will be brought back to life around Birmingham Museum & Art Gallery between Saturday 17th and Saturday 24th of November. Discover a wealth of artefacts from our collection that have helped shape our knowledge of people that lived thousands of years ago in the very earliest cities and societies.

On Saturday 18th November, between 12noon and 3pm, there will be two talks and a film screening – see details below: 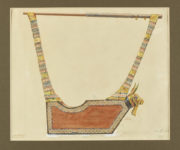 Gas Hall Meeting Room
‘Jewels, Graves and Scholars: Illustrating the Royal Tombs of Ur’
Join Helene Maloigne for a fascinating talk as part of Ancient Civilisations Week . The Royal Tombs of the ancient city of Ur (southern Iraq) produced some of the most visually and technically striking objects of archaeological discovery. Comparable to the discovery of the tomb of Tutankhamun, Sir Leonard Woolley’s excavations (1922 –1934) not only added significantly to our knowledge of ancient Mesopotamia but captivated all levels of interwar society with their evocation of Biblical Ur of the Chaldees.

While the objects from the Royal Tombs are now in the National Museum of Iraq, the British Museum and the Penn Museum (Philadelphia) the original drawings from the excavation by the American illustrator Marie-Louise Baker were donated to Birmingham Museums by Sir Leonard in the 1950s.

This talk will explore the history of the excavation, archaeological illustration and how Woolley used the images in his scholarly and popular publications. Click here for more information on the BMAG website.

‘Letters from Baghdad’ is a documentary about Gertrude Bell, the most powerful woman in the British Empire in her day who shaped the destiny of Iraq after WWI in ways that still reverberate today. Click here for more information on the BMAG website. 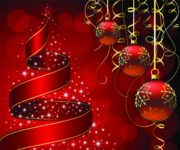 Friends Christmas Gift Membership (valid from 1 January 2019 to 31 March 2020) could make an ideal present for a friend or relative. Click here to download the Gift Membership form.
(Gift membership is available all year round and includes 3 extra months free.)

NB. Please ensure the form reaches us by Friday 7th December at the latest.

Due to essential maintenance works planned by Birmingham City Council, Birmingham Museum and Art Gallery will be closed for the day on Saturday 29th September. The Museum will re-open as normal on Sunday 30th September.

‘Dippy on Tour’ has impressed visitors to BMAG since the exhibition opened on 26th May. Visitors have been flocking to BMAG to see Dippy – current visitor numbers are currently just over 240,000! 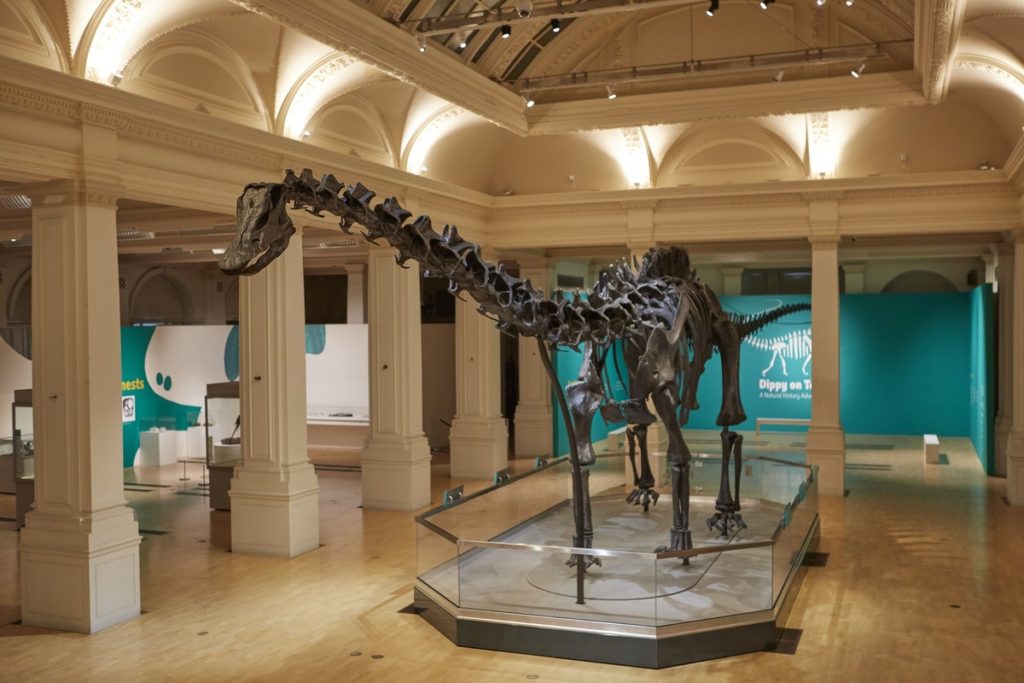 However, the exhibition is now, sadly, coming to an end. Dippy will be having a Farewell Party on Sunday 9th September. Click here for more information and do make sure that you pop in to see the Natural History Museum’s famous Diplodocus before he leaves Birmingham to continue his adventure at Ulster Museum in Belfast!

The Friends are very proud to have supported ‘Dippy on Tour’ by funding the conservation work which was carried out on Birmingham’s Bird Collections, to enable them to be displayed alongside Dippy during the exhibition.

The Birmingham Mail featured an article about Birmingham Museums Trust’s ‘hidden’ collections – an incredible one million items, of which 800,000 are in storage at the Museum Collections Centre. 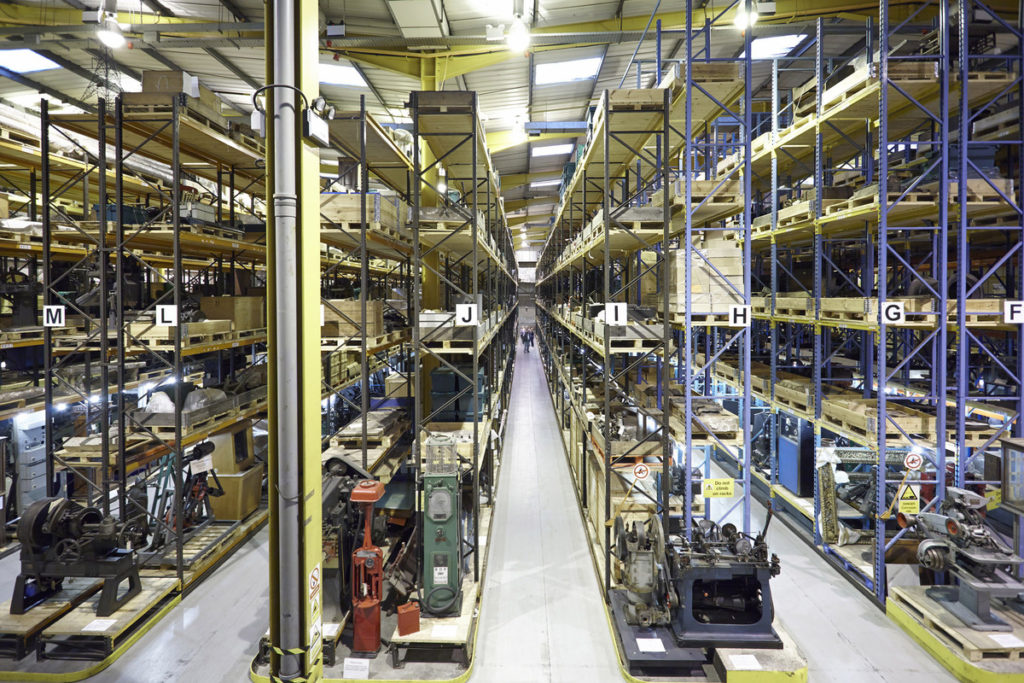 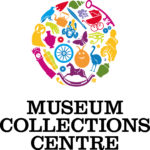 We wanted to thank the team at Birmingham Museums for our dinosaur ‘thank you’ card! 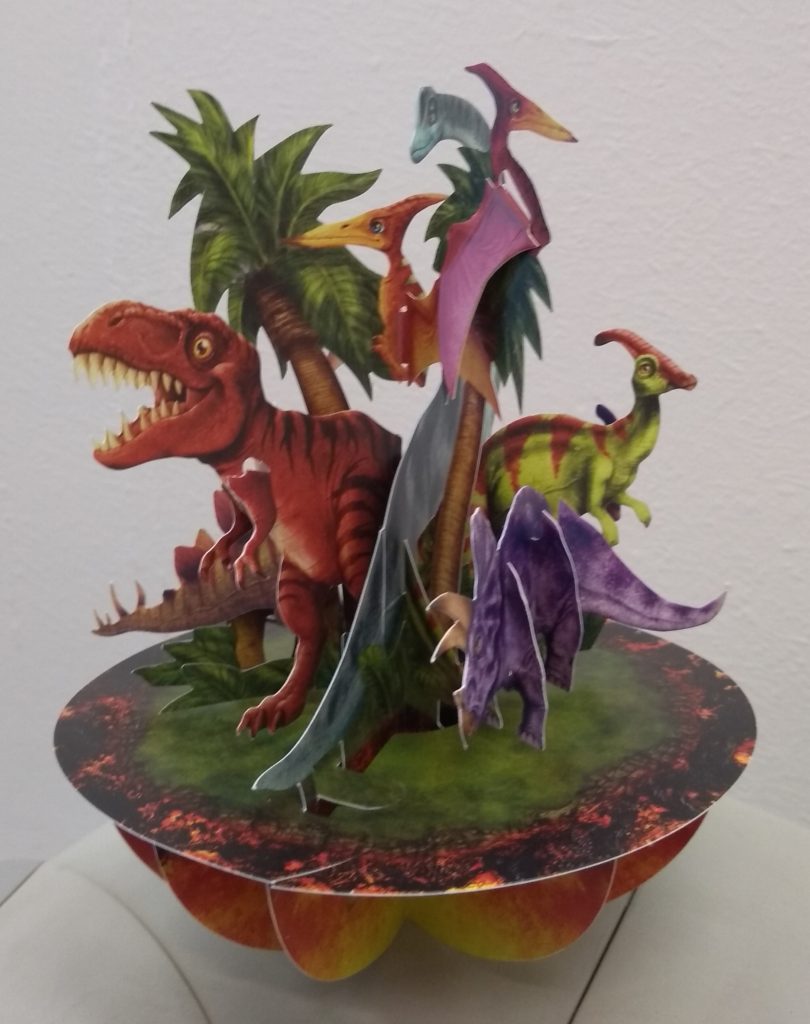 We are very proud to have supported ‘Dippy on Tour’. He, and Birmingham’s Bird Collections, look superb – and they have certainly been attracting lots of visitors! 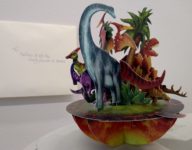